1921 is an Indian horror film. It is featuring bollywood stars Zarine Khan and Karan Kundra. The Director of this movie is Vikram Bhatt. He has written the story. The movie will be released on 12th January 2018. 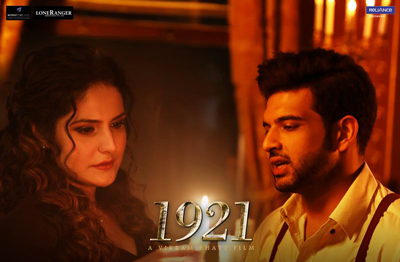 The Music director is Harish Sagane. Shakeel Azmi has written lyrics of song. Producer of this movie is Vikram Bhatt. Production Company is ASA Productions and Enterprises. The film star cast is Zarine Khan as Rose and Karan Kundra as Ayush.