Akshay Kumar is an Indian actor, martial artists, stuntman and a TV personality. He is a big name in Hindi cinema. Akshay Kumar songs and films are famous all over India. 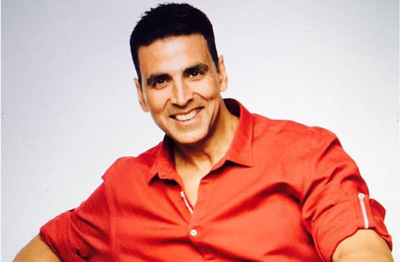 Born on 6 September 1967 in Amritsar, his name was Rajiv Hari Om Bhatia. His father was a military officer. Akshay was recognized as a dancer in his young age. He finished his schooling in Don Bosco School. Later he enrolled for Guru Nanak Khalsa College but dropped out after a year and went to Bangkok to learn martial arts. He desired to be an actor.

Initially while learning martial arts in Bangkok he worked as a chef and a waiter in a restaurant. When he returned Mumbai he started teaching martial arts and one of his photographer students told him to become a model. He earned more money in two days of modeling in comparison of full month’s salary. So he chose modeling path.

On 17 January 2001, Kumar married to Twinkle Khanna, daughter of actors Rajesh Khanna and Dimple Kapadia. Their first child is a boy whose name is Aarav. Then on 25th September 2012, Twinkle gave birth to a girl, named Nitara. Akshay and Twinkle keep their children away from the media. He wants to give them a normal childhood.

Akshay has established his name in Bollywood and has achieved a great success by his hard work. Akshay Kumar Songs are evergreen and are liked by the audience.

Kumar comes under one of the most successful actor in the history of Hindi cinema in Box Office India. He has received two Filmfare Awards first as a Best Villain for Ajnabee (2002) and second as a Best Comedian for Garam Masala (2006) and also a National Film Award for Best Actor for the film Rustom (2016).

He was also awarded the Padma Shri by the Government of India in 2009. He was honored with the Rajiv Gandhi Award for his outstanding achievements in Bollywood in 2011.

Akshay Kumar movie songs are the big hits of history and are loved by the audience. He has established his name in Bollywood with his hard work and determination. He is one of those actors who have built their names in Hindi cinema without having any filmy background. He is blessed with amazing acting skills.