Yaad Hai Song is from the film Aiyaary. The star cast of this song is Sidharth Malhotra and Rakul Preet Singh. Director of this movie is Neeraj Pandey. The film is going to release on 9th February 2018. 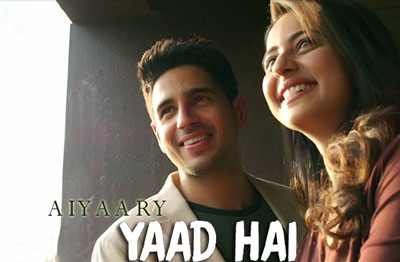