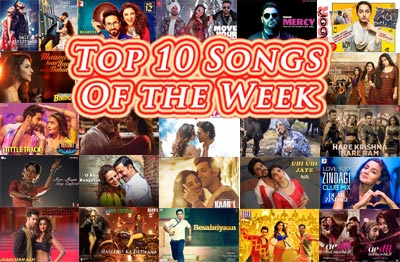 Gud Naal Ishq Mitha Song is from the Bollywood movie Ek Ladki Ko Dekha Toh Aisa Laga. The Star casts of this video are Sonam Kapoor, Anil Kapoor, Juhi Chawla and Rajkummar Rao. Director of this film is Shelly Chopra Dhar. Navraj Hans and Harshdeep Kaur are the Singers of this beautiful track. The Lyrics has been written by Gurpreet Saini. Rochak Kohli has composed the Music.

Phir Mulaaqat Song is from the Hindi Film Why Cheat India. It is starring Emraan Hashmi and Shreya Dhanwanthary While the Movie is directed by Soumik Sen. The Song has been sung by Jubin Nautiyal. The Music is composed by Kunaal-Rangon (Songster). Kumaar is the Lyricist.

Bharat Song is from the Movie Manikarnika (The Queen of Jhansi). It is featuring Kangana Ranaut, Danny Denzongpa and Ankita Lokhande. Shankar Mahadevan is the Singer of this new song. The Lyrics has been written by Prasoon Joshi. Shankar Ehsaan Loy has composed the Music.


Apna Time Aayega Song is from the Film Gully Boy. It is featuring Ranveer Singh and he is the Singer of this new track. Lyrics have been written by Divine and Ankur Tewari. The Music has been given by Dub Sharma and DIVINE.

Bagavat Song is an album song. It is featuring Jasmine Sandlas. The Director of this video is Rosleen Sandlas. Jasmine Sandlas is lyricist and Singer of this new Hindi video song. Intense is the music composers of this latest song.

Dil Mein Ho Tum Song is from the Film Why Cheat India. The Star cast of this video is Emraan Hashmi and Shreya Dhanwanthary. The Singer is Armaan Malik. Manoj Muntashir and Farooq Qaiser have written the Lyrics. Rochak Kohli has composed the Music.

Tu Na Mera Song is an album song. It is starring Arjun Kanungo and Carla Dennis. The Song has been sung by and composed by Arjun Kanungo. Kunaal Vermaa has written the lyrics.

Mera Wala Dance Song is from the Film Simmba. It is featuring Ranveer Singh and Sara Ali Khan in lead role. Neha Kakkar and Nakash Aziz are the Singers. Kumaar is the Lyricist. Lijo George and DJ Chetas is the Music director of this Bollywood song.

Savan song is Hindi Soundtrack. The Star cast of this video is Vilen While he is the Director of this album as well. Vilen is the Singer and lyricist. SlyR and Vilen are the music directors of the song.


Our experts have created this list on the basis of response. Kindly share your views to improve Top 10 Bollywood Songs weekly list. We are trying to serve you better.