Another released song from the Upcoming movie ‘Helicopter Eela’ sung by Palomi Ghosh is a song that takes one down to recall some interesting chapters of one’s life. Yaadon Ki Almari Lyrics styled by Swanand Kirkire and music directed by Amit Trivedi under Saregama music label.

Helicopter Eela is starring Kajol in the lead role along with Riddhi Sen, Tota Roy Chowdhary and Neha Dhupia. Film is based on Gujarati play Beta Kaagdo by Anand Gandhi under the production house of Ajay Devgn FFlims and Pen India Limited. It is a story of single mother and an aspiring singer written by Mitesh Shah.

The Film is directed by Pradeep Sarkar. Movie is releasing on 7th September 2018 at your nearest theater. 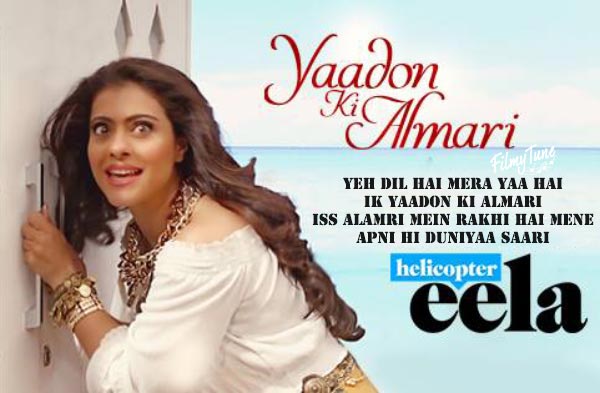