Lyrics has been marked down by Danish Sabri with the music of Sajid-Wajid under T series in association with emmay entertainment. The Title of the song is same as previous sung by Sabri brothers in 1996 followed Atif Aslam in 2008 with a tribute to Sabri brothers but all with newer version of lyrics and song. This time Wajid is the Singer of this song.

Movie is a vigilante action film against the evils to stop felony, wrong doings so as the song is related ‘O king bless us with your merciful gaze. 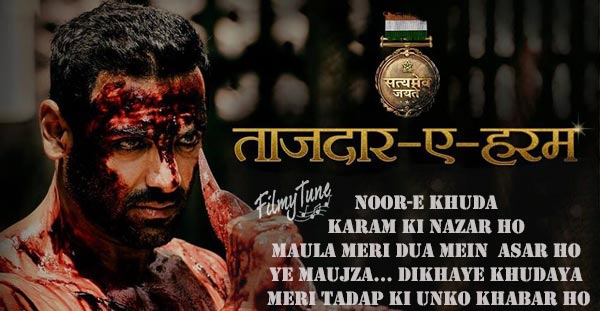 If you found any mistake in Tajdar E Haram Lyrics – Satyameva Jayate, kindly share your views in below comment box. Also share your experience with us. We are trying to serve you better.