Besabriyaan song is from the Bollywood film M. S. Dhoni – The Untold Story. It is featuring Sushant Singh Rajput. Director of this movie is Neeraj Pandey. It was released on 30th Sep 2016.

The most talented singer is Armaan Malik. Amitabh Bhattacharya has written the lyrics of this Hindi song. Pritam is music director of this song.

This film is based on the life of a cricketer and currently the captain of Indian Cricket team Mahendra Singh Dhoni. He is also known as Mahi.

In this movie, Sushant Singh Rajput is playing a role of M. S. Dhoni and Kiara Advani as Sakshi Singh Dhoni. 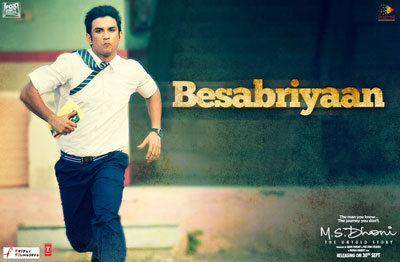