Tumhari Sulu is an Indian comedy and drama Hindi film. It is featuring Bollywood stars Vidya Balan, Neha Dhupia and Manav Kaul. The Director of this movie is Suresh Triveni. He has written the story. The movie was released on 17th November 2017. 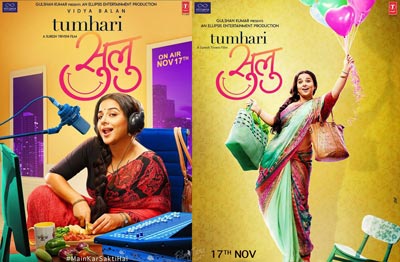