Trapped 2017 is an Indian survival thriller hindi movie. It’s featuring bollywood stars Rajkummar Rao and Geetanjali Thapa. The Director of this flim is Vikramaditya Motwane. Amit Joshi and Hardik Mehta have written the story. It released on 17th March 2017. 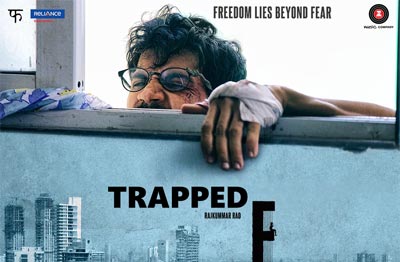 Rajeshwari Dasgupta has written the lyrics for their beautiful songs. The music director is Alokananda Dasgupta. Producers of this movie are Madhu Mantena, Vikas Bahl and Anurag Kashyap. The film stars are Rajkummar Rao as Shaurya (He is shut in a Mumbai apartment flat) and Geetanjali Thapa as Noorie.