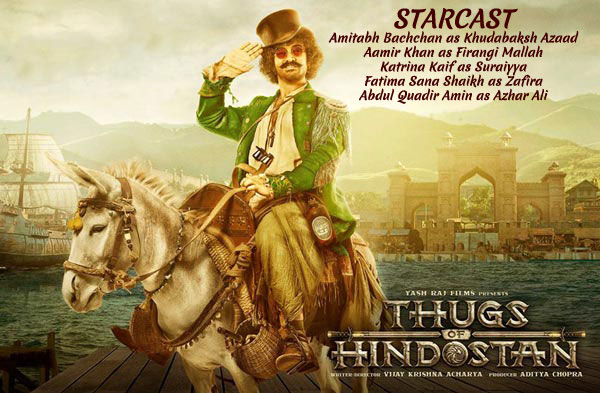 The Story and Screenplay writer is Vijay Krishna Acharya. Produced by Aditya Chopra. This is one of the  most expensive Bollywood movie 2018. The Movie’s budget is around 300 crore.

Ajay – Atul has composed the Music. The Music is originally belongs to YRF Music.


Star Cast Of The Movie Thugs of Hindustan :