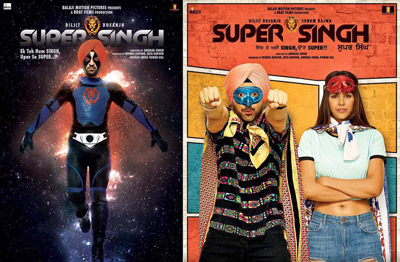 The tagline is Ek Toh Hum Singh, Upar Se Super…. The Director of this flim is Anurag Singh and he has written the story. The movie will be released on 16th June 2017.

Kailash Kher and Ambili have written the lyrics for their beautiful songs. The music director is Jatinder Shah. Producers of this movie are Pawan Gill, Ekta Kapoor, Shobha Kapoor and Anurag Singh. Production Companies are Balaji Motion Pictures and A Brat Films Production.