Shershaah is a 2021 Hindi language war biopic. It is the Bollywood directorial debut of South filmmaker Vishnuvardhan and is written by Sandeep Shrivastava. The movie was released on 12 August 2021 on Amazon Prime Video. 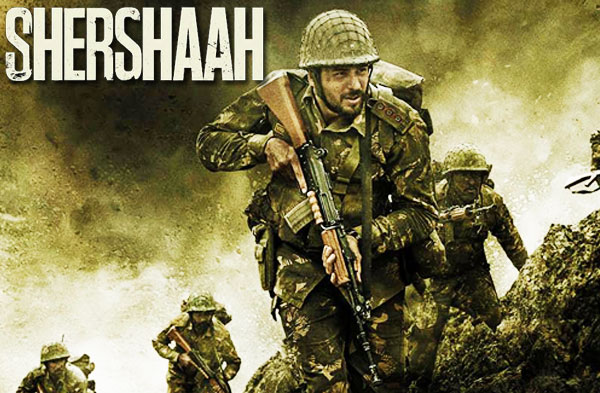 Shershaah is based on the true story of Captain Vikram Batra, a Param Vir Chakra awardee whose bravery helped India win the Kargil War in 1999.

This movie follows Vikram Batra’s life, from his first military posting to his death in the Kargil War.

In an interview, Siddharth Malhotra revealed that about five years ago Vishal Batra, Vikram Batra’s twin brother approached him to play Vikram’s role. Then after a few years, Sid himself approached Dharma productions with the story.

In the film, Vishal Batra narrates the story of his brother Vikram Batra.

The music of the movie was written by Manoj Muntashir, Rashmi Virag, Anvita Dutt, Joan, and Tanishk Bagchi and composed by Tanishk Bagchi, B Praak, Jasleen Royal, Javed-Mohsin, and Vikram Montrose.