The Director of this film is Advait Chandan. He has written the story. The movie will be released on 19th October 2017. 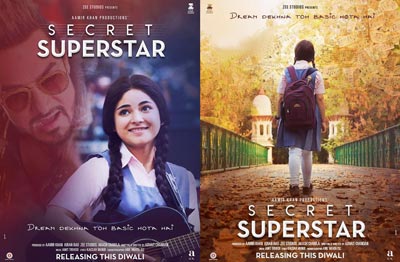 Production Company is Aamir Khan Productions. The film stars are Zaira Wasim as Insiya and Aamir Khan as Shakti Kumar.