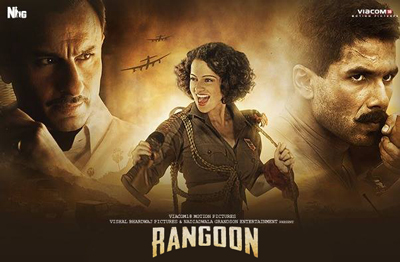 Within promotion of Kangana Ranaut decided to keep a vintage car with herself for a month. Between the promotion periods she arrived at the airport with her vintage car.

Story Of the Film

Rangoon is a love triangle between Kangana Rangaut, Saif Ali Khan and Shahid Kapoor. It is the film behind the story of the Second World War.