Raid 2018 is an Indian Action, Crime, Drama and Thriller film. It is based on real incident, One Income Tax Officer who raid at the most power full man in lucknow with his team. 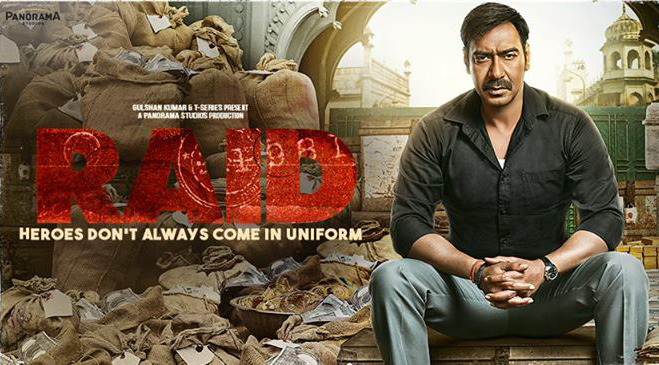 It is featuring Bollywood stars Ajay Devgn, Ileana D’Cruz and Saurabh Shukla. The Director of this movie is Raj Kumar Gupta. Ritesh Shah has written the story. This film released on 16th March 2018.