Padman is an Indian biography, comedy and drama film. It is starring Bollywood stars Akshay Kumar, Sonam Kapoor and Radhika Apte. The Director of this movie is R. Balki. He has written the story. The story is to create awareness and termination all the superstitions belonging to sanitary napkins. This film will be released on 9th February 2018. 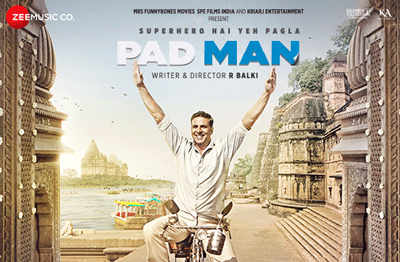