October is the Bollywood Hindi Movie. It is starring Varun Dhawan, Banita Sandhu and Gitanjali Rao. The Director of this movie is Shoojit Sircar. Production Company is Rising Sun Films. The Movie’s release date is on 13th April 2018. 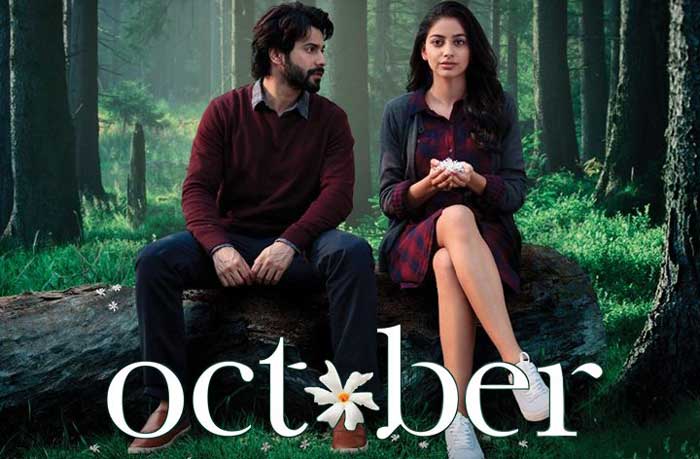 The Story and screenplay is written by Juhi Chaturvedi. This film is produced by Ronnie Lahiri and Sheel Kumar.

Music of the movie is composed by Abhishek Arora, Anupam Roy and Shantanu Moitra. The Singers of the songs are Armaan Malik, Rahat Fateh Ali Khan, Sunidhi Chauhan and Monali Thakur. Lyrics are penned by Abhiruchi Chand, Tanveer Ghazi and Swanand Kirkir. The Music originally belongs to Zee Music Company.

The Star cast of the film is Varun Dhawan as Danish Walia and Banita Sandhu as a Shiuli. Dan and Shiuli both are doing internship of the hotel management with a bunch of friends. The emotional bonding in between them goes through out the movie. The Film is not a love story but rather a story about a love.