Nanu Ki Jaanu is the Bollywood Hindi Movie 2018. It is starring Abhay Deol and Patralekha Paul (Socially known as Patralekhaa). The Director of this film is Faraz Haider. Production Company is Inbox Pictures Pvt  Ltd. The Movie released on 20th April 2018. 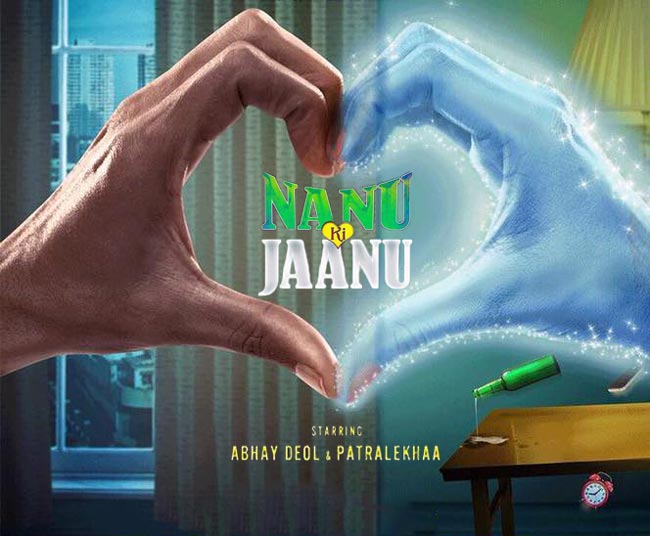 The Story and Screenplay is written by Manu Rishi Chadha and Myshkin. This film is produced by Sajid Qureshi.

Music of the Movie is composed by Sachin Gupta and Gunwant Sen. The Singers of the Songs are Mika Singh, Fazilpuria, Mohammed Irfan, Gunwant Sen, Khushboo Jain and Saumya Upadhyay . Lyrics are penned by Abid Ali, Sajid Qureshi and Sachin Gupta. The Music originally belongs to T-Series.

This is a Comedy movie with lots of horror. The Star cast of the Film is Abhay Deol as Nanu and Patralekha Paul as a Jaanu. Abhay Deol (Nanu) is the Agent of the Delhi Land Mafia and he is the Leader among his gang. He strongly believes that something is going wrong around in his home. He got intuitions that there is ghost in the House. The Ghost (Jaanu) falls in love with Nanu (Abhay Deol). There is a beautiful chemistry between them.