Munna Michael (Film) is an Indian action and dance movie. It is starring Bollywood stars Tiger Shroff, Nidhhi Agerwal and Nawazuddin Siddiqui. The Director of this flim is Sabbir Khan. Amal King has written the story. The movie will be released on 21st July 2017. 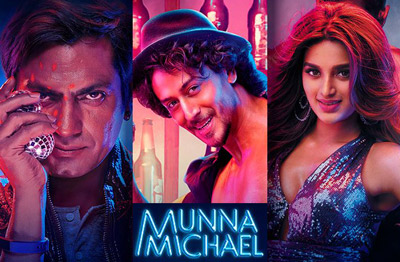 Producer of this movie is Viki Rajani. Production Companies are Eros International and Next Gen Films. The film stars are Tiger Shroff as Munna, Nawazuddin Siddiqui as Mahinder Fauji and Nidhhi Agerwal as Dolly.