Mirzya is an Indian romantic movie. It’s featuring Harshvardhan Kapoor and Saiyami Kher. The Director of this film is Rakeysh Omprakash Mehra. Gulzar has written the story of this movie. The movie was released on 7th Oct 2016. 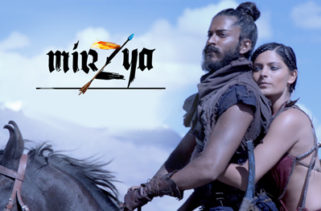