Mimi is a Bollywood drama film directed by Laxman Utekar that will be released at 30th July 2021 on OTT platform Netflix. Dinesh Vijan directed the film, which is produced by Maddock Films and Jio Studios. In the lead roles celebs are Kriti Sanon, Pankaj Tripathi, and Sai Tamhankar. 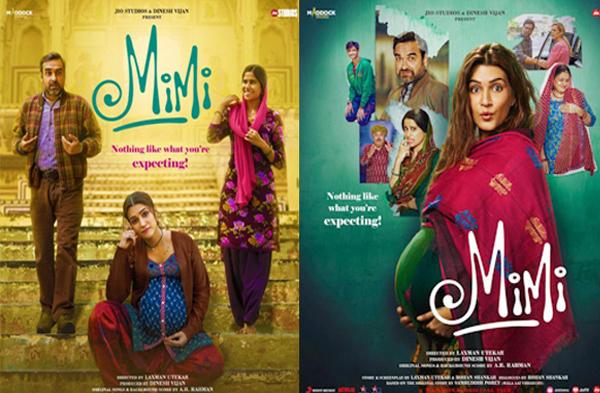 This movie is about surrogacy. The film is a remake of the 2011 Marathi film ‘Mala Aai Vhhaychhy,’ which won a National Award. The Story and Screenplay writer is Rohan Shankar. Music is by Sachin-Jigar, Badshah, Akhil Sachdeva, and Sandeep Shirodkar.