Honsla Rakh is a 2021 Indian Punjabi romantic comedy film directed by Amarjit Singh Saron and starring Diljit Dosanjh, Sonam Bajwa and Shehnaaz Gill. It is Diljit Dosanjh’s first film as a producer. The narrative of a divorced father who raised his son on his own is told in this film set in Canada. 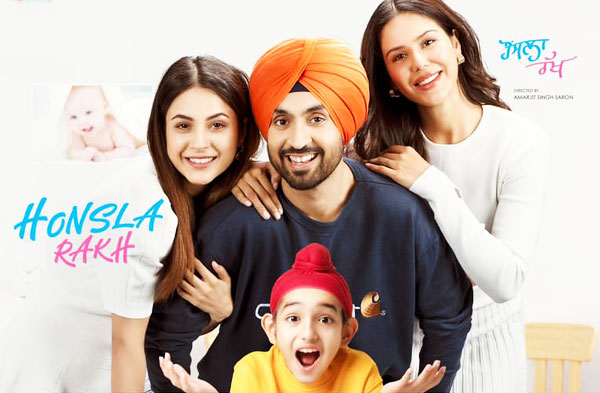 The film’s plot centers around a divorced parent who raised his son on his own. When he first starts dating, he has issues. The circumstance lends itself to romance and hilarity.