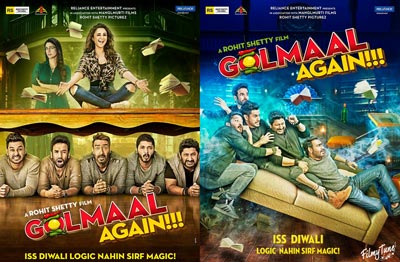 The Director of this movie is Rohit Shetty. He has written the story. The movie will be released on 20th October 2017.