Golak Bugni Bank Te Batua is a Punjabi film 2018. This is a comedy and romantic movie with the concept of demonetization. The Star cast of this film is Harish Verma as Neeta, Simi Chahal as Mishri, Jaswinder Bhalla as Neeta’s father, B.N.Sharma as Mishri’s father. There is a cameo role of the Amrinder Gill as Bhola and Aditi Sharma as Shindi. The Movie’s release date is on 13th April 2018. 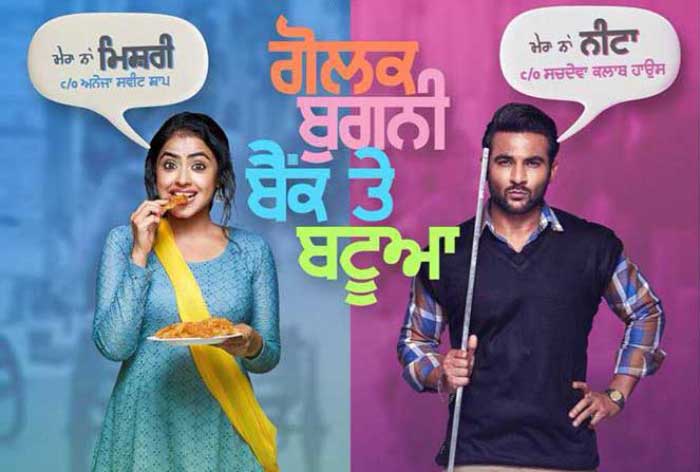 The Movie is directed by Ksshitij Chaudhary. The Production companies are Rhythm Boyz Entertainment and Hayre Omji Studios. The film is produced by Karaj Gill, Munish Sahni and Talwinder Hayre. The story and screenplay is written by Dheeraj Rattan.

The Music of the songs are composed by one and only Jatinder Shah. Lyrics are written by Sabir Ali Sabir, Happy Raikoti, Sidhu Sarbjit and Bir Singh. The singers of the songs are Amrinder Gill, Gurshabad, Bir Singh and Sunidhi Chauhan. The Music is originally belongs to Rhythm Boyz.