Daddy Film (THE ONLY ONE WHO DID NOT RUN) is an Indian crime, drama and political Hindi movie. It is starring Bollywood stars Arjun Rampal, Anand Ingale, Aishwarya Rajesh, Rajesh Shringarpore and Nishikant Kamat. 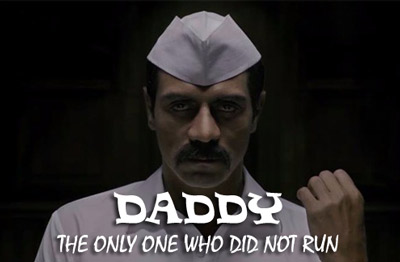 The Director of this flim is Ashim Ahluwalia. Arjun Rampal and Ashim Ahluwalia have written the story. The movie will be released on 08th September 2017.

Danish Sabri has written lyrics for their beautiful soundtrack. The music composer is Sajid-Wajid. Producers of this movie are Arjun Rampal and Rutvij Patel.