Chehre Film is an Indian mystery thriller, produced in 2021 by Anand Pandit Motion Pictures and Saraswati Entertainment Private Limited. The movie is starring Amitabh Bachchan and Emraan Hashmi as leads characters. It is directed by Rumy Jafry. 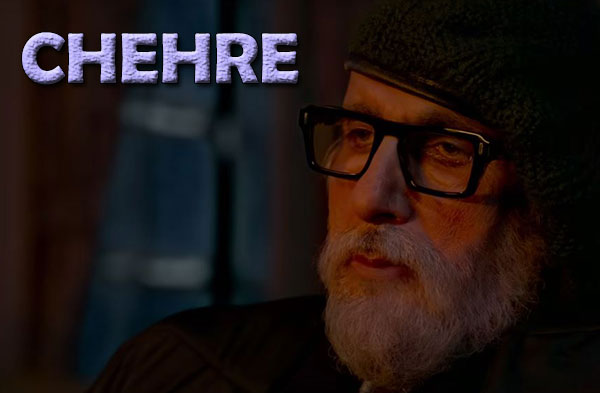 The film is an uncredited adaptation of the German novel A Dangerous Game which has been written in 1956, by Friedrich Dürrenmatt.

The plot centers around an 80-year-old man with a desire to play with his circle of friends in real life. They perform a mock trial and assess whether justice is served until justice is served.

The story and screenplay writers are Ranjit Kapoor and Rumy Jafry. The music of the film is given by Vishal–Shekhar and Gourov Dasgupta. The lyrics are drafted by Farhan Memon and Rumy Jafry. The singers who gave their voice to the music are Yasser Desai, Amitabh Bachchan, Raj Barman and Shekhar Ravjiani.