Bhuj: The Pride of India is a drama war film. The IAF Leader Vijay Karnik, who was then responsible for Bhuj airport during the Indo-Pakistani War of 1971. Air base was damaged during the violation done by Pakistan and he rebuilt the IAF airbase with the help of 300 women from the local village Madhapar. We are celebrating 50 years of India’s 1971 victory. You can experience untold story about greatest battle ever. The movie is to be released on 13th August 2021. It is going to release on OTT platform Disney+Hotstar. 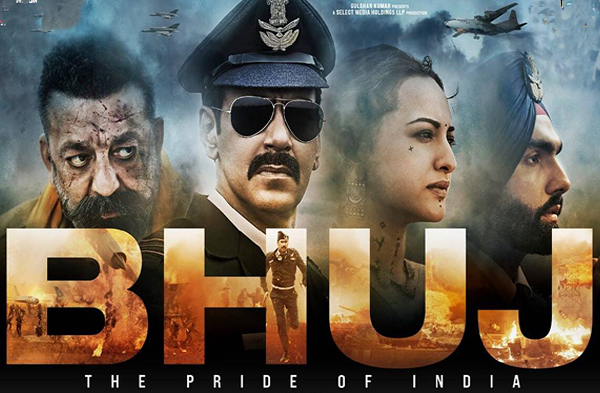 The star casts of the movies are Ajay Devgn as Karnik, along with Sanjay Dutt, Sonakshi Sinha, Nora Fatehi, Sharad Kelkar, Ammy Virk, Pranitha Subhash and Ihana Dhillon. Abhishek Dudhaiya is the director of the movie. Production Companies are T-Series and ADF (Ajay Devgn FFilms).

Bhuj The Pride Of India Movie Songs with lyrics