Bell Bottom is an Indian thriller action film, directed by Ranjit M Tewari in 2021. Aseem Arrora and Parveez Sheikh are the writers of this film, under the production of Vashu Bhagnani, Jackky Bhagnani, Deepshikha Deshmukh and Nikkhil Advani. The production banners are Pooja Entertainment and Emmay Entertainment. 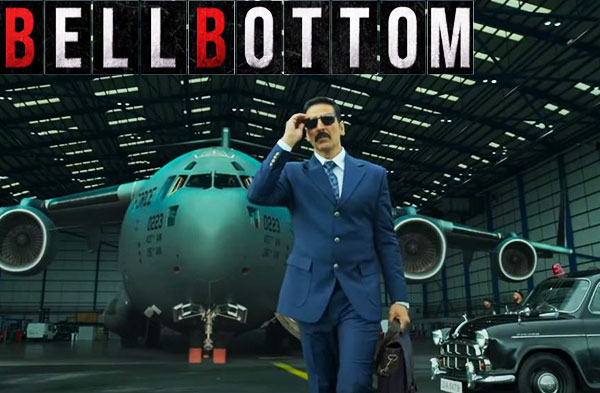 Akshay Kumar is in the lead, along with Lara Dutta, Vaani Kapoor and Huma Qureshi. Bell Bottom is influenced by Khalistani separatists in the eighties, such as flights 423, 405, and 421 from actual lives in India.

The film’s story focuses on the deportation of Indian Airlines from Delhi on 24 August 1984, aircraft IC 691. In the last seven years, this was Indian Airlines’ seventh hijacking jet, and then Prime Minister Indira Gandhi was quite angry at this.

As Prime Minister Gandhi plans to allow the Pakistani government to talk with the four hijackers, undercover RAW agent, Anshul Malhotra thinks of a different plan. He wants 210 passengers to be rescued as well as the hijackers to been arrested. This covered effort to save passengers of IC 691 in Dubai revolves around the rest of the story.

The film music is composed by Daniel B. George. The lyrics are written by Rashmi Virag, Tanishk Bagchi, Babbu Maan, Seema Saini and Gurnazar Singh.