Befikre is an Indian romantic, crime and drama movie. It’s featuring Ranveer Singh and Vaani Kapoor. The Director of this film is Aditya Chopra. Aditya Chopra has written the story. The movie was released on 9th Dec 2016. 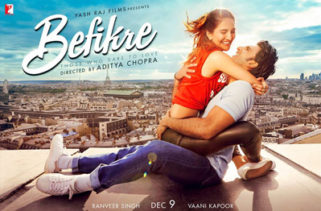 Jaideep Sahni has written the lyrics for their beautiful songs. The music director is Vishal- Shekhar. Producer of this movie is Aditya Chopra. Production company is  Yash Raj Films. The movie’s shooting has done in Paris and Mumbai. The film stars are Ranveer Singh as Dharam and Vanni Kapoor as Shyra.