Banjo is an Indian musical action drama movie. It’s featuring Riteish Deshmukh and Nargis Fakhri. The Director of this film is Ravi Jadhav. Kapil Sawant, Nikhil Mehrotra and Ravi Jadhav have written the story.  The movie was released on 23rd Sep 2016. 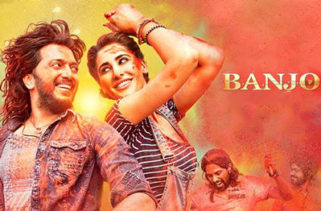 Amitabh Bhattacharya has written the lyrics for their beautiful song. The music director is Vishal-Shekhar. Krishika Lulla is a producer of this film. It’s Eros International production film. The film stars are Riteish Deshmukh as Taraat and Nargis Fakhri as Christina (Chris). This movie is a name of musical instrument. In this movie Riteish Deshmukh is street musician.