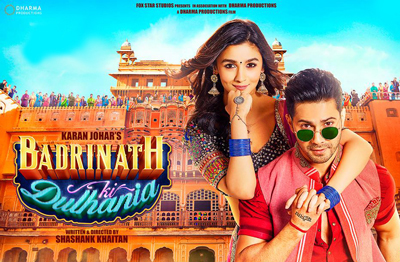 Story Of The Film

Badrinath Bansal (Varun) from Jhansi and Vaidehi Trivedi (Alia) from Kota belong to small towns but they have utterly opposite opinions, ideas on everything. This happens to disputes between them, despite both of them recognizing rightness in each other.