Tulsi did her graduation in Economics and Psychology from Lady Shree Ram college for women – University of Delhi.

Tulsi is born in a Punjabi Family.

Her father Late. Gulshan Kumar Dua was a singer and businessman.

Her mother Sudesh Kumari Dua is a Punjabi Folk Singer.

Her brother Bhushan Kumar Dua is an Indian Film Producer and her sister Khushali Kumar is a successful model and designer. 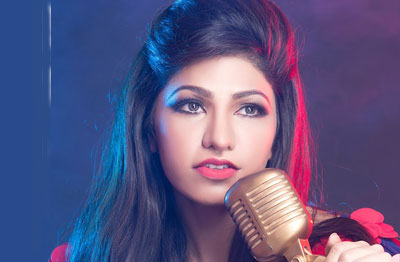 In 2006 Tulsi made her debut in Bollywood with the song Shabe Firaaq a duet with Himesh Reshammiya for the movie Chup Chup Ke.

Her voice was appreciated and cherished for the songs Hum Mar Jayenge and Piya Aye Na of romantic musical movie Aashiqui 2.

Year 2016 was very lucky for her. The Song Soch Na Sake from movie Airlift earned her 4 awards.

Kumar is one of the most successful and popular singer of Bollywood.

Her singing style is her USP  that  makes her different from all the other singers.