Taapsee Pannu is a south Indian actress, who is currently active in Bollywood. She was born on 1st August 1987 in New Delhi India. 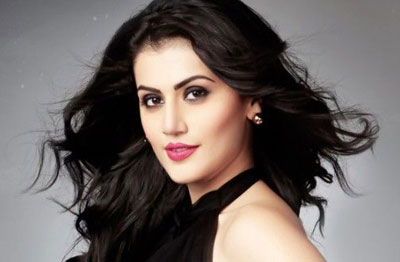 After completing her schooling and graduation in computer science Engineering in New Delhi she has started working as a software engineer.

Later on she was successfully auditioned as a full-time model for the show Get gorgeous on channel v, which led her to the acting.

Taapsee had appeared in number of TV commercials and endorsed many brands like Reliance Trends,  Coca-Cola, Motorola etc.

She was winners in many titles like “Pantaloons Femina Miss Fresh Face” and “Safi Femina Miss Beautiful Skin” in 2008 through her modelling days.

Later on she discovers that for the better name and recognition she need to leave modelling and move towards acting.

Taapsee was appreciated & awarded at the 2014 Edison Awards for her marvelous performance in Tamil film Arrambam (2013).

After working in several South Indian films, she made her Bollywood debut with Chashme Baddoor and later worked in film Baby (2015), Pink (2016) and Naam Shabana, Tadka, Judwaa 2 (2017).