Salman Khan is an Indian actor, producer, singer and television personality. His real name is Abdul Rashid Salim Salman Khan. His Date of Birth is 27 December 1965. He Has a great fan following in Asia and across the world. His fans religiously follow Bhai Jaan’s every release. 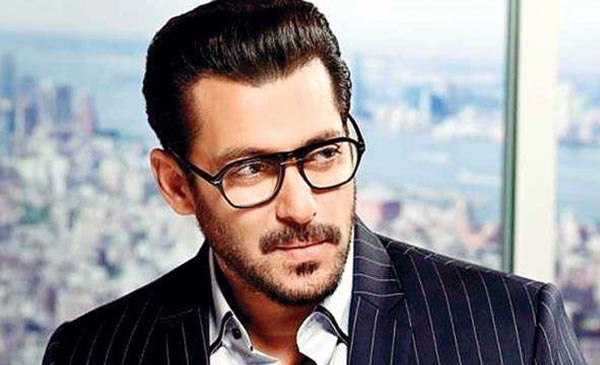 Khan is one of the most commercially successful actor of Indian cinema. He has given many highest grossing films in the history of Indian cinema. He attended The Scindia School, Gwalior along with his elder brother Arbaz and finished his schooling at St. Stanislaus High School in Bandra, Mumbai further he attended St.Xavier’s college in Mumbai but dropped out.

Salman started his acting career as a supporting actor in the 1988 film “Biwi Ho Toh Aise”.His first movie as a lead actor is “Maine Pyaar Kiya” written by Sooraj R Barjatya one of the India’s highest grossing films which was later dubbed into English and Spanish as “When Love Calls ‘ and “Te Amo” respectively.

In 1990 Khan was seen in “Baaghi: Rebel for Love” which was a commercial hit, In the same year he was casted along with Sanjay Dutt and Madhuri Dixit in the romance drama film “Saajan “. Despite of his early success years, 1992-1993 did not turned out to be good for him.

In 1994 he became famous with the movie Hum Aapke Hain Kon opposite Madhuri Dixit with the direction of Sooraj Barjatya. It won 3 Filmfare Awards for Best Film, Best Director and Best Actress. It also won National Award for being one of the most popular film of the year.

Hum Aapke Hain Kon is one of the movies on Box Office India’s list of “Biggest Blockbusters Ever in Hindi Cinema”. The film broke all the previous records and maintained itself as the highest grossing Bollywood film for 7 years.

”Karan Arjun “which released on 13 January 1995 was another such movie which added diamonds in his crown it was the second biggest hit of the year.

Also he is seen as a host of Television Reality Show ‘Bigg Boss”.
He is also the brand ambassador of Thumbs up, Yatra.com, Dubai based fashion label Splash, Relaxo Hawai etc

Khan has received numerous awards including two national film awards and two Filmfare awards. Today films are run on his name and audience are crazy for him.