Parmish Verma is a fabulous Punjabi video director and an actor born on 3 July to Dr. Satish Kumar verma a famous Punjabi writer and professor at Punjab university of Patiala district in Punjab. 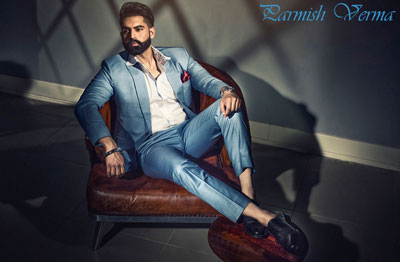 He attended Yadwendra public school after that he did theatre for around 10-15years then in 2007 he moved to Sydney Australia for completing higher studies.

He made his first appearance in Punjabi movie Punjab bolda. He was also a part of movie KIRPAN (The Sword Of Honour) where he was accompanied by Punjabi singer and actor Roshan prince.

He has become a sensation among youth with his catchy recent number AA LEH CHAK MAI AA GAYA (a song dedicated to all his fans that exceeded 10 million views in just 7 hours of launch) and GAL NI KADNI.

Parmish is known for his remarkable royal appearances, beard style, catchy song numbers, acting skills and what not.

His journey is a living example of a COMMON MAN WHO IS NO MORE COMMON.