Nushrat Bharucha is an Indian Bollywood actress born on 17 May 1985 in Mumbai. She was born and brought up in a Dawoodi Bohra family in Mumbai. She has done many Hindi and Telugu films. 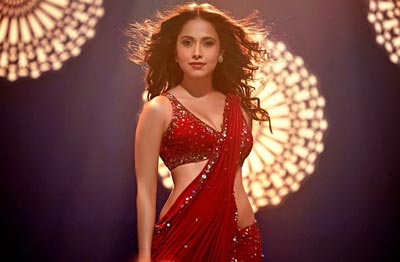 Nushrat was born in a Muslim family. She did her schooling from Lilavatibai Podar high school where she was very active in theaters for a long time. She had an interest in acting from her childhood.

She started her career with an advertisement with the actress Asin. She was also seen on TV in the serials Kittie Party in 2002. She also appeared in the serial Seven in 2010 on Sony channel which was produced by Yash Chopra.

Some of the Nushrat Bharucha movie songs are famous. In 2010, she appeared in the film Love Sex Aur Dhoka in the role of Shruti. This film won the Stardust- Film of the year award.

In 2011 she has done a film Pyar Ka Punchnama with the role of Neha, who was the girlfriend of Rajat (Kartik Aryan). The movie and the character were super hit.

In the role of Vani once again Nushrat came with Kartik Aryan in the film Aakash Vani in 2013. Instead of being a non vegetarian, she left it for her role in this film.