Neha Kakkar was born on 6 June 1988 in Rishikesh, Uttarakhand, India. She is an Indian Bollywood singer who competed in the second season of Indian Idol in 2006. She is the younger sister of singers Tony Kakkar and Sonu Kakkar. 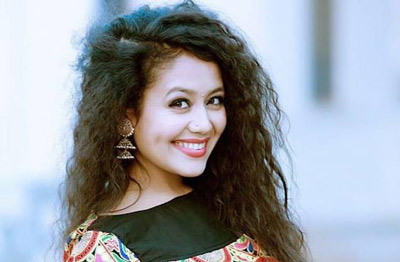 She did her schooling in New Holy Public School, Delhi and started singing at the age of 4. She used to sing bhajans and aartis at religious events. She was in class 11th when she participated in Indian Idol.

She launched her first album Neha- The Rock Star in 2008 for which music was given by Meet Brothers. And later she sang many songs. Neha Kakkar video songs are the big hits.

With her mesmerizing voice she has won the hearts of the audience in a very short period of time. She is the only singer to gain the more followers on social sites compared to other singers.

She also sang the national anthem at Pro Kabaddi League (PKL) with the singer Daler Mehndi and Indian Ocean band Rahul Ram which was loved by the Indian audience. She has also worked with Honey Singh in the song Sunny Sunny which went viral.

During her struggling days people made fun of her height but with her amazing talent she showed that she is short girl with not so short dreams and she has proved it.

Neha Kakkar is also known as the Bollywood industry selfie queen. She is the power house of talent. She is a good dancer too. She is famous because of her no doubt soothing voice but also for her cute dimple and smile.