Kartik Aaryan is an Indian actor born in Gwalior Madhya Pradesh and his Date of Birth is 22nd November 1990. He did his schooling from St. Paul school and kiddy’s corner school, Gwalior. Later he did B. Tech in biotechnology from Dy Patil College Navi Mumbai. He is known for his longest Monologue he has delivered in his film. 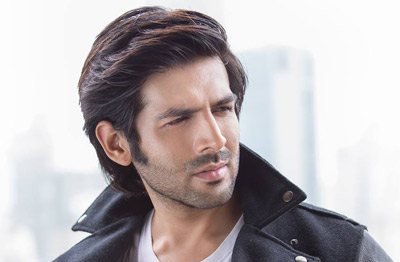 He was born in a family of doctors, where both his mother Pragati Tiwari and father Manish Tiwari are doctors. He has one sister. Born in a middle class family, he always wishes to become an actor.

When he was in college doing engineering, director Luv Ranjan saw his account on Facebook and decided to cast him for a film.

He left engineering in the third year and made his acting debut by the film Pyaar Ka Punchnama in 2011. He later gave his third year exams of his engineering.

When he shifted to Mumbai he lived in a rented 2 BHK flat with 12 roommates in Lokhandwala during the shooting of his first film.

In the character of rajat in his first film, his 5 minutes monologue was considered the lengthiest single shot done in the history of Hindi cinema. Kartik Aaryan movie songs were also liked by the audience.

In 2013 he appeared in the film Akaash Vani. He worked very hard for this film. Even though he’s a vegetarian, he ate 25 eggs everyday to gain weight according to the character.

In 2014 he appeared as a village leader in the film Kaanchi: The Unbreakable. Kartik Aaryan songs and acting was praised by the audience. This was the film before which he changed his on-screen name from Kartik Tiwari to Kartik Aaryan.

Again in 2015, he appeared in Pyaar Ka Punchnama 2. In this he delivered even lengthier 7 minutes monologue which is a record now. Later in 2017 he appeared in the film Guest in London 2017 and in 2018 he appeared in Sonu Ke Titu Ki Sweety.