Guru Randhawa is popularly known as a punjabi singer and a songwriter. Born on 30 august 1991 in Gurdaspur Punjab, Guru is a famous Punjabi singer in India. 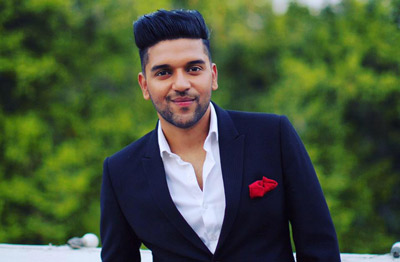 Guru started singing at the age of 7 and he performed at various venues. After his school education he went to Delhi to become a professional singer. Later he joined IIPM college and did his MBA there.

He gained public recognition and fame with his song Patola with Bohemia. He made his singing debut by the song Chadd Gayi and later he sung many songs.

Guru Randhawa’s songs were liked by the people so much that he gained the fame and success in a short span of time.

Guru made his Bollywood debut by the song Suit of the film Hindi Medium, 2017. After this he sang Lagdi Hai Thaai of Film Simran and Ban Ja Rani of film Tumhari Sulu which were both released in the year 2017.

Guru Randhawa Punjabi song videos are amazing. He has something new in every upcoming video. With his amazing voice and cute smile he has made his space in everyone’s heart.

Guru has received Punjabi Music Award for best duo. He has worked with many other singers like Bohemia, Haji Springer, Milind Gaba etc. His songs like Yaar Mod Do, Suit Suit, Patola, High Rated Gabru are famous among the youth.

He aims to sing every kind of songs in coming future. He believes that one should be stuck to his uniqueness rather than copying others.