Bobby Deol is a successful Indian actor who appears in Hindi films. He was born on 27 January 1969 in Mumbai, Maharashtra. He has done many roles in different film genres. He is known for his versatile acting. Boby Deol Video songs are famous because of his dancing and acting. 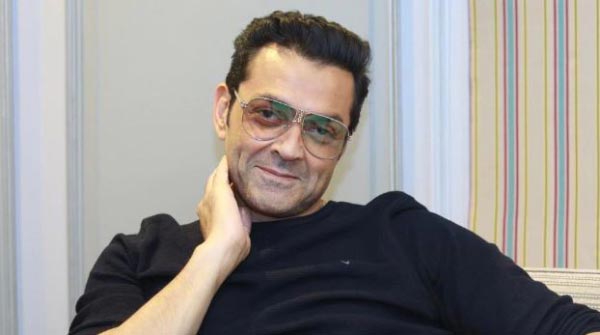 He was born in a Punjabi jatt family as the younger brother to Actor Sunny Deol and second son to Bollywood Star Dharmendra & Parkash Kaur. He has two sisters Vijayta and Ajeeta who are settled in California.

His Wife Name is Tanya Deol and he has two sons Aryaman Deol and Dharam Deol. He has two paternal half sisters Esha Deol and Ahana Deol by his step mother Hema Malini.

Deol appeared as a child actor in film Dharam Veer in 1977. Finally he made his adult debut in 1995 with film Barsaat opposite of Twinkle Khanna. Deol received Film Fare best debut award for this movie. Soon in 1997, he appeared in film Gupt: The Hidden Truth which got enough success and it’s soundtrack was also a commercial success.

Soon in the same year, Deol appeared in the film Aur Pyaar Ho Gaya, opposite of Aishwarya Rai, which was her debut Bollywood role. Boby Deol movie songs list is long and a major success. In 1998, he appeard in films like Kareeb opposite of Neha and film Soldier opposite of Rakhee and Preity Zinta.

In 1999, Deol appeared in film Dillagi, co starring his brother Sunny Deol. He appeared in many more films like Badal, Hum To Mohabbat Karega in 2000, Ajnabee, Kranti in 2001, Humraaz, Kismat in 2002, Ab Tumhare Hawale Watan Saathiyo, Jurm in 2004.

You can watch and listen Bobby Deol ki film, ki picture and ke gane only on filmytune.