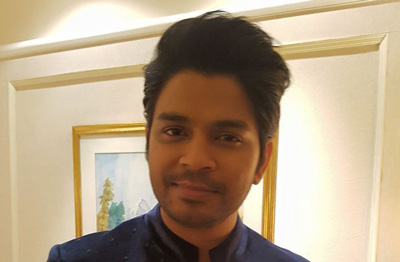 He got professional training in classical music from Vinod Kumar Dwivedi. Later on he got trained in Piano Dhrupad and Western Vocals. Tiwari was a production head at a radio station in Gwalior.

His father Rajendra Kumar Tiwari is a business man and his mother Suman Tiwari is a devotional singer. His younger brother Ankur Tiwari is a music composer. In 2018 he got married to Pallavi Shukla.

”Raju Suman and Party” is a music troupe owned by his parents that performs at religious assemblies.

In 2007 Ankit moved to Mumbai along with his brother to try their luck in Music Industry. Pradeep Sarkar gave him a chance to work in jingles along with other musicians. Then Tiwari composed songs for Television Programs.

In 2010 he composed song for his debut movie “Do Dooni Chaar”. Later he composed theme song for movie “Saheb, Biwi Aur Gangster” produced by “Tigmanshu Dhulia”.

In 2012 he told Mahesh Bhatt and Mohit Suri, directors of Aashiqui 2 the song “Sun Raha Hain Na Tu” and recorded the same in his own voice. The song bagged him various awards and nominations. He got his first Filmfare Award as the Best Music Director along with “Mithoon” and “Jeet Gannguli”.