Amrit Maan, born on 14 April 1992, is a popular singer and lyricist. Born in Goniana Mandi, Bathinda, Punjab. Amrit did his schooling in Bathinda and later he did M.Tech in Software engineering. 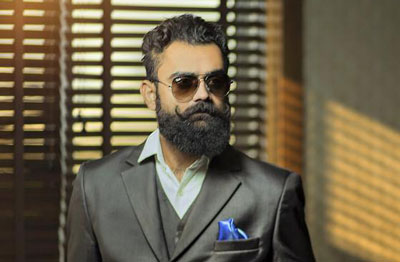 Amrit is a famous name in Punjabi music industry and is known as Bomb Jatt, Gone aala, Desi Munda. He loved singing and performing as an anchor and singer at various schools events in his childhood.

He started his career as a lyricist in 2014 for his first song Jatt Fire Kerda sung by Punjabi Music Industry Superstar Diljit Dosanjh. After this he wrote some songs like Yaar Jundi de, Haan Kargi and many more.

After working as a lyricist for some time, Armit made his singing debut by the song Desi Da Drum in 2015. Later he gained more success and fame by the song Muchh Te Mashookk.

Amrit is known for his impeccable style and desi flare and has sang many other songs like Kaali Camaro, Sach Te Supna, Akh Da Nishana, Shikaar and Peg Di Waashna, all of which received immense appreciation.

By initially starting his career as a song writer to collaborating with the undisputed king of Bhangra – Jazzy B for song Shikaar, he has climbed the stairs of success in a short period of time.

Amrit is famous among the youth for his perfect beard and moustache. Because of this look he is also known as “The man with the beard” and is also known for his statement looks.

Amrit is very close to his family and takes advice from his parents. He is very calm and known for his down to earth nature.