Amitabh Harivansh Rai Shrivastava Bachchan is the original name of Amitabh Bachchan. He is an Indian film actor Actor, Producer, Playback Singer and Television Presenter. He is born on 11th October 1942 in Allahabad, Uttar Pradesh. He is famous for different names like Shahenshah, Big B and Star of the Millennium. 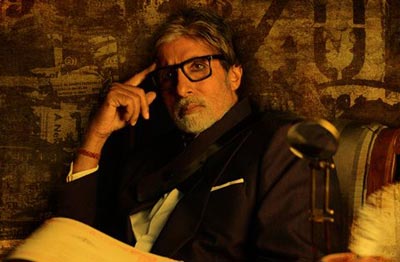 Amit Ji made his film debut in 1969 with the film Bhuvan Shome. His first film as a lead role was Zanjeer (1973) which was a great success at the box office. Amitabh established himself as the angry young man of Bollywood cinema.

Mr. Bachchan won hearts of the audience playing a lead role in Agneepath. His latest film is Sarkar 3.

Mr. Amitabh has also recorded voice for many films including Lagaan, Parineeta, Jodhaa Akbar, Kahaani, Krrish 3 and many other films. Bachchan also contributed to many social causes like donating the money to clear the debts of farmers in Andhra Pradesh, Maharashtra. He was a brand ambassador for polio Eradication Campaign, Save Our Tigers Campaign.